The Lourinhã Formation: the Upper Jurassic to lower most Cretaceous of the Lusitanian Basin, Portugal – landscapes where dinosaurs walked

This work, as a fieldtrip guide, aims to provide a glimpse into the palaeoenvironments, palaeontology, and diagenesis of one of the most productive areas for Late Jurassic dinosaurs and other vertebrates in Europe, namely, the sites of the Lourinhã Formation, which is coeval with the Morrison Formation of the midwest USA.
The Late Jurassic rifting phase of the Lusitanian Basin created several sub-basins separated by major crustal faults. In the western and central areas of the basin, the Caldas da Rainha structure separates three sub-basins with different subsidence and infill characteristics (Consolação to the west, Bombarral–Alcobaça to the northeast, and Turcifal to the southeast). The Upper Jurassic–lowermost Cretaceous succession exposed in the coastal cliffs located between Nazaré and Santa Cruz belongs to the Consolação Sub-basin, whereas the coastal outcrops between Santa Cruz and Ericeira show units of the Turcifal Sub-basin.
To place the stops into a coherent context, selected units of the fieldtrip area are detailed. The stratigraphy of the Upper Jurassic of the Lusitanian Basin is quite complex, and no fully accepted overall proposal exists. Thus, a review of lithostratigraphy, sedimentology, age and environmental interpretations is presented. Interpretations of palaeoclimate, palaeogeography, and taphonomy contribute to establishing an overview of the landscape where dinosaurs lived and to understanding the conditions for their fossilization and preservation. This trip, which takes place from north to south, focuses on the vertebrate content, sedimentology, and stratigraphy of the deposits. The first stop at Consolação examines the upper Kimmeridgian shallow-marine to deltaic Alcobaça Formation, which underlies the Lourinhã Formation. Further south, the Paimogo fort cape gives a scenic view of the Lourinhã Formation: to the north, the Praia da Amoreira and Porto Novo members (lower coastal plain alluvium, including distal fan and meandering fluvial systems; upper Kimmeridgian), and, to the south, the Praia Azul Member (lower coastal plain alluvium with three brackish–marine faunally distinct transgressive carbonate levels; uppermost Kimmeridgian to lowermost Tithonian). In Paimogo, we visit sites where dinosaur eggs and a sauropod skeleton have been found. The stop at the Museum of Lourinhã allows a visit to one of the most important collections of Late Jurassic vertebrates in Europe. The last fieldtrip stop at Porto da Calada examines the top of the Assenta Member of the Lourinhã Formation (meandering fluvial system with intercalations of shallow-marine lagoonal carbonates; upper Tithonian to lowermost Berriasian) and the Porto da Calada Formation (meandering fluvial system with thin levels of estuarine and intertidal flats carbonates; Berriasian) and thus includes the Jurassic–Cretaceous boundary. 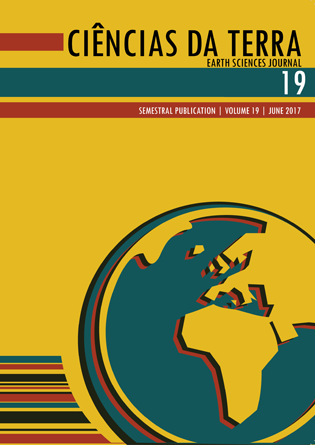