In Portyugal, Carixien is generally represented by alternative layers of marly limstones characterized by nodule and lumpy levels. These layers are particularly developped (show preferencial development) on passage areas to sedimentary basin, particularly along the slope of tilted blocks between the Meseta and Berlenga's horst. This facies is included in the range of the "nodular limetsones" and of the "ammonitico-rosso".
Limestones are radiolaria micrites with fragments of pelagic organisms (ammonoids, thin shelled gastropods). These layers can be affected by intensive bioturbation (Brenha) which is resposible for dismantlement, specially where the initial thickness does not exceed a few centimetres. This process can lead to the isolation of residual nodules (Brenha, São Pedro de Muel, Peniche) which can be mobilised by massive sliding (Peniche). The isolated elements, shell fragments or residual nodules, can also be incrustated, thus developing oncolitic cryptalgar structures. At Brenha the lump structure developed progressively into a sequence overlapping the normal sedimentary one (thick limestone beds alternating with bituminous shales).
Cryptalgar structures correspond to rather unstable environment conditions on mobile margins. These structures are known in deep pelagic sediments crresponding to well defiened events of the geodynamic evlution (end of the initial rifting). Cryptalgar accretions disapear towrds the sedimentary basin, and the nodular levels are less important.
In the articulation areas with the Tomar platform, small mounds and cupules (Alcabideque) developed within the alternating marly-limestone levels. They represent the so called "mud mounds" of metric dimensions. The upper part of these "mud mounds" is hardened, showing track remains and supporting some brachiopods and pectinids.
Hence the lumpy facies of Portugal is included among the range of sedimentary environments and can be used as @geodynamic tracer". 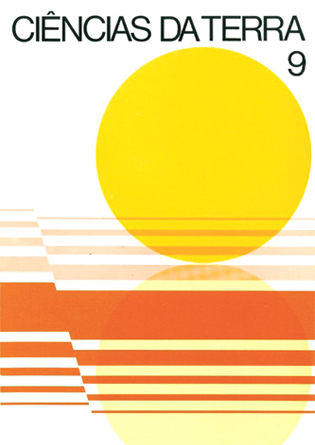